In the late 1800s, Northern Michigan had a thriving logging industry with towns and villages dotting the Lake Michigan shoreline.  Forests were clear cut in the interior of the state and floated by river, dragged by sled, hauled by train, or pulled by horses to the shores, where settlements thrived around milling and shipping the lumber.

By the early 1900s the logging industry was fading.  Most of the land had been cut and demand for lumber plummeted with the onset of the Great Depression.  Some communities, like Manistee, Onekama, Arcadia, Frankfort, Empire, Glen Arbor, and Leland survived.  Others died.

Today, very little is left of the logging ghost towns.  Once thriving villages like Pierport, Aral, and Good Harbor now exist simply as spots along the beach, with all houses, mills, and stores long since demolished.  Others, like Sleeping Bearville (present-day Glen Haven), have been preserved by the National Park Service.

This entry profiles the ghost towns of Manistee, Betsie, and Leelanau County.  Although they are long gone, their stories remain.

Pierport lies about five miles north of Onekama along the Lake Michigan shoreline.  Once a thriving logging village, it is now just a beach within the confines of Onekama. Historically, Pierport is a microcosm of northwest Michigan. Bear Lake, which sits five miles inland from Pierport, was a center for the logging industry in the late 1800s. A large sawmill sat on Bear Lake’s south shore, owned and operated by lumber baron George Hopkins. Logs from forests throughout the area were floated across Bear Lake to the sawmill, where they were processed and placed on the Bear Lake Railroad. Hundreds of logs are still submerged on Bear Lake’s bottom today. The railroad extended from Bear Lake’s east shore, past the sawmill, and west over present day M-22 to Pierport.

As the lumber industry grew in the late 1800s, so did Pierport. A long wooden pier was built into Lake Michigan in 1866 by the Turnersport Pier Company. The initial settlement was known as “Turnersport,” until Charles W. Perry arrived from Vermont in 1868. Mr. Perry bought the pier and lakeshore property from the Turnersport Pier Company in 1871, renamed the area “Pierport,” and developed a thriving settlement centered around lumber shipping. In 1868, Pierport became one of the first areas along the shore to get a post office, a testament to its importance in Michigan’s logging days. As testament to the volume of shipping traffic around Pierport, few other areas along the northwest shoreline have as many known shipwrecks sitting in their waters. Loggers like George Hopkins and Charles Perry cleared the native forests with no regard for the future, however.

Within a few decades, the land was stripped of its native forests. There were no trees left to cut, no logs left to mill, and no lumber left to ship. Mr. Hopkins and Mr. Perry left the area, leaving behind shells of once thriving towns. The population of Manistee to the south fell from over 10,000 to less than 3,000. Bear Lake’s population fell from 1,200 to about 300. Pierport became a ghost town. By 1929, the pier was rotting, the lumber industry was nonexistent, and the country was about to sink into the depths of the Great Depression. The post office cut back to seasonal service in 1929, before closing for good in 1933. In the span of fifty years, Pierport went from being just a beach, to being a thriving lumber port, and back to being just a beach again.

Today there are no businesses in Pierport, no post office, and little indication that a thriving logging and shipping community once stood there. There is only a parking lot and a beach, with a few homes lining the shore. What was once a separate township is now just a neighborhood within Onekama Township. The only link to the past that still stands is “Old Faceful,” a spring-fed fountain about forty feet off the beach that has been running since 1931.

Old Faceful, the lone remaining link to Pierport's past

Panorama of the beach at Pierport. There are no remains of the logging village, just miles of sandy beach.

About five miles north of the Platte River in Sleeping Bear Dunes, the logging village of Aral once stood.  Its history is rich in intrigue, violence, cults, and murder.

Aral developed as a logging town much like the small logging villages of Pierport and Burnham to the south and Glen Haven and Good Harbor to the north. Aral’s mill was managed by Charles Wright, a man with a violent temper and lawless reputation. On August 10, 1899, two Benzie County police officers set out from Beulah to Aral to place a lien on the mill for unpaid taxes. Wright learned of their intent and vowed that if anyone interfered with the mill he “would drop them.” When the officers arrived, Wright murdered them in cold blood, continued running the mill as if nothing happened, and left the bodies lying along what is now M-22.

Word of the murders spread quickly. A posse of twenty men formed from Benzonia and Beulah. Wright quickly shut down the mill and fled into the woods. The posse arrived in Aral and captured Wright’s Indian interpreter, Peter Lahala. When Lahala refused to reveal Wright’s whereabouts, they hung him by his neck from a pine tree in town known as “The Hanging Tree.”

The posse told Lahala to kick his legs if he decided to talk. As he was hanging, a group of men from among the mob that had formed emerged from the woods with Wright. Lahala was spared. Wright was sentenced to life at Jackson prison.

With Mr. Wright out of the picture, Aral came under the control of “King” Ben Purnell’s House of David cult in 1908. Purnell claimed to have dreamt that a white dove sat on his shoulder and told him that he was the sixth son of the House of David. He continued preaching the gospel according to the dictates of the dove.

By 1916, the cult had 1,000 followers. Cult members were required to surrender all of their possessions to Purnell, live a communal lifestyle, refrain from shaving, and refrain from eating meat. To the outside world, the cult was best known for its band, which played all over the country, and its baseball team, whose bearded members barnstormed the country in the 1930s and 1940s.

The House of David’s control of Aral lasted from 1908 until the area’s forests were depleted. The last resident moved out in 1922, and Aral became a ghost town. Today, the only remnants of the town are a plaque near the end of Esch Road off of M-22. The hanging tree has fallen, but still lies on the ground behind the plaque.

The beach near where the town of Aral once stood

Just off of M-109 north of Pierce Stocking Scenic Drive and D.H. Day Farm sits the town of Glen Haven.  Glen Haven was established in 1857 as “Sleeping Bearville.” It was a logging village which consisted of eleven buildings at its height. It was an ideal spot for a logging village, since it sat on Sleeping Bear Bay, which provided some protection from prevailing wind and waves.

The village was purchased by the National Park Service in 1970. Glen Haven’s final resident was not evicted until 2007, however.  The buildings that remain in Glen Haven house a restored general store and blacksmith shop, and two maritime museums in the former life saving station and cannery.

Glen Haven does not have the typical abandoned, dilapidated structures that the term "ghost town" ordinarily brings to mind.  Its buildings have been restored and preserved in immaculate condition, allowing visitors to see the village as it likely existed at its peak.

The Blacksmith Shop, one of the buildings preserved in Glen Haven, formerly known as "Sleeping Bearville"

Good Harbor Bay sits just beyond the inland lakes and surrounding forests just north of the Port Oneida district in Sleeping Bear Dunes. Good Harbor provides shelter from Lake Michigan and, as a result, was an ideal place for development of a logging town and port in the 1800s.

The earliest logging activity took place in 1863. The inland lakes facilitated movement of logs toward Good Harbor, as they were guided across the lakes with cables stretching from shore to shore. The Village of Good Harbor was started in the 1870s, and soon had a long pier, sawmill, hotel, saloon, and two stores.

In 1907 a fire burned the sawmill and more than 1 million feet of lumber in the yard. As the area’s forests were rapidly depleting, it was not worth rebuilding the mill. Most villagers moved away. The post office closed in 1907. The remaining buildings were sold in 1924 and demolished for scrap lumber. Like Pierport and Aral to the south, Good Harbor became a ghost town.

Today, only a few dock pilings remain.  They are visible from shore when lake levels are low.  The rest of the shoreline contains no trace of the settlement. 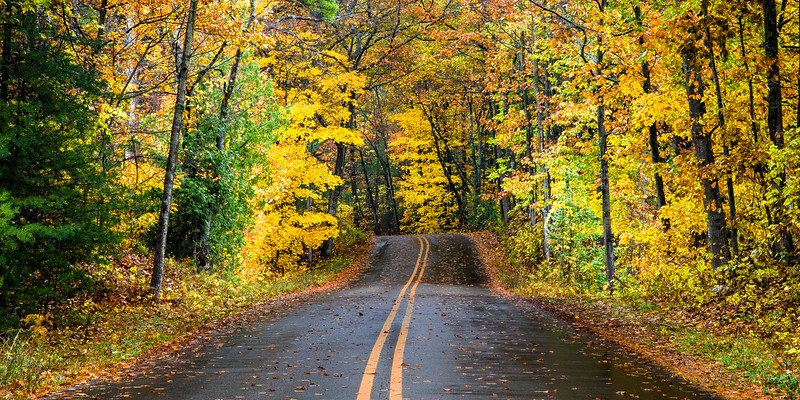